Dr. Mark Freedman graduated M.B.BCh. from the University of the Witwatersrand (South Africa) in 1977. He served in the South African Defense Force Medical Corps, attaining the rank of Captain. He was awarded the Horace Wells Prize in Anaesthesia, became a member of the Surgical Research society and was awarded the Diploma in Anaesthesia in 1981. He was admitted as a fellow of faculty of Anaesthesia and Intensive Care of the South African College of Medicine in 1984.

Current fields of Interest: Orthopaedic Surgery with particular emphasis on regional anaesthetic techniques.
Vascular Surgery, General Surgery, Gynecological Surgery and outpatient anaesthesia. Pain management with particular interest in back pain.
The use of Ultrasound guidance in the performance of peripheral nerve blocks and vascular access.

4. Midazolam for the induction of anaesthesia in patients with porphyria.
SAMJ, Vol 68, 17 August 1985. 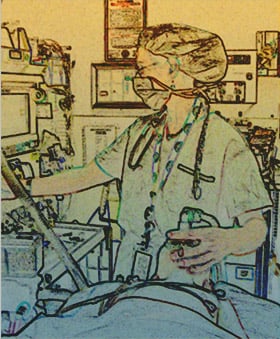